Last night we returned to a house we have been investigating over the last few months!

if you have not seen the previous videos of our investigation there please click on the links at the bottom of this blog!

as an investigation it has and is an on going progress each time we visit we gather little puzzle pieces to show us the bigger picture, we have seen quite a bit activity ourselves since being here at the time of the house blessing nearly all of the investigators had to stop for a break as they were all feeling sick and having intense head aches, we have heard the clearest evp's inside this house the spirits were even heard asking for help with our own ears, there is a mixture of spirits here but one who is threatening is the one that is causing all the pain and misery to the owner of the house who wants to remain private and confidential who called us out due to changes.

ITCHING (only in the kitchen area!)

IN THE MORNING EVERY CUPBOARD DOOR OPEN

PLATES & BOWLS CUT DOWN THE MIDDLE LITERALLY SNAPPED IN HALF

WAKING UP AT 3AM EVERY MORNING

The new reports that have been made is the owner randomly starts itching at a certain time of the time and only in the kitchen area all over his back he says it feels like ants crawling all over him, he then gets a pain in his rib area, the kitchen seems to be where a lot of activity is taking off this is an area right by the cellar we found that has been blocked up,

On our arrival both Joanne and Vicky felt the changes as soon as they drove up onto the drive it was a dreaded feeling stomachs instantly spinning and felt that heavy feeling the head again,

the K2 spiked right up to the top level then straight back to normal.

we started hearing footsteps up above us so we went straight upstairs to the mans bedroom which is where most of the active was last time we was there, we placed a few items of our equipment around the room like the EDI+ on the side so we could easily see the lights lighting up

we placed the K2 meter on the bed next to Vicky who was sitting on the bed i stood up to take a good look around the room, Vicky started to feel the bed vibrating like someone had sit down on the bed next to her, As we put the spirit box on we also did a live video on Facebook to mainly record anything in the room as we started introducing ourselves to the spirits of the house we instantly starting getting responds to our questions we asked why the spirit was still here causing the man of the house misery and pain which he then kept saying his name over and over again.

The ovilus and the spirit box was both saying cellar and stuck it also was referring to a time that the house was joined on to a pub that was next door that is now converted into a doctors clinic.

Quite a few names again was coming through the ghost box and the ovilus as the ghost box was telling us to go into what used to be moms bedroom who passed over to spirit 3 years ago,

We decided to have a mini tea brake and then when we would return i would go into moms room alone while Vicky remained in the other bedroom.

As i decided to set myself a little challenge and prove to myself that i could mange 20 mins alone with spirit this was actually a huge goal i completed also,

The minute i went into moms bedroom on my own with only the K2 and the ghost box i literally placed everything down when i heard an "OUCH" so i opened the door and flew into the next bedroom asking whats the matter what happened to find that the man of the house had been scratched down his leg!

which made me more determined to go back into the room and spend some alone time with this spirit, asking out loud why did you do that why don't you come and pick on me push me kick me do something show me what you can do but do it now!!

We couldn't really get a name or much communication from the little boy he seemed to keep hiding away and then coming forward every now and then, since the 1st time of walking into this building i have been drawn to the where the cellar is but is now boarded up in a cupboard by the kitchen.

The Ghost box again brought this up about the cellar only this time telling me that he was stuck in the cellar they boarded it all up and now he cannot get out he was telling me that this happened well over 100 years ago he started to tell me about a fight that toke place next door in the pub and the cellar is part of this house which is the area where he has been boarded up in..

He faded away as a stronger energy started to come in and over power him i seen this entity in the mirror and why i say his an entity is because i seen him in his true form which is what i was commanded him to do, he showed himself as a bent over black figure he was wearing a full cloak black face with black fuzzy hair his voice came through on the spirit box with a low toned voice clearly telling me that i put him in the mirror the last time i was here clearly stating it was a healer and a white witch that performed the ceremony that put him inside the mirror, and now he enters through the portal in the mirror

He was clearly stating it was me and my partner Steph the last time we was in the property!

Which is completely correct on this we did perform a home blessing but had no idea we had put him inside the mirror he was clearly responding to my voice and my questions this is one of the reasons i decided to go alone and communicate he wasn't responding to Vicky only my voice shouting my name every now and then it seemed to be that the spirit i was talking to every now and then was the one who needed my help he seemed to trust me and know who i was,

As i always say its an investigation into the truth we are searching for the truth and revealing them to set spirits free that are trapped through fear, this seems to be a very active room and it seemed with me being alone with just me and the spirits in the house turned out to be very successful you reveal a lot more on your own one being there is only you to blame for making a noise so it is just you and what ever is in that room..

What was very strange is my 2nd part of the alone vigil i was completely upstairs alone Vicky was sitting downstairs in the lounge with the owner, The Spirit Vibe which is a vibration alarm lets us know when there is movement in that area and i had placed it literally outside mom's bedroom where i was and outside the spare bedroom to notify me of any movement outside the door,

This started to go off all of a sudden at the end of my live broadcasting which alerted my attention to listening to movement outside the door!

All of a sudden as i was saying my good byes to the viewers on Facebook something black and quick ran across my feet which toke me by surprise.

If you would like to see the full live investigation of Joanne's alone vigil please click on the link below!

HERE ARE A FEW SCREEN SHOTS OF THE LIVE VIDEO SENT TO US BY OUR VIEWERS! 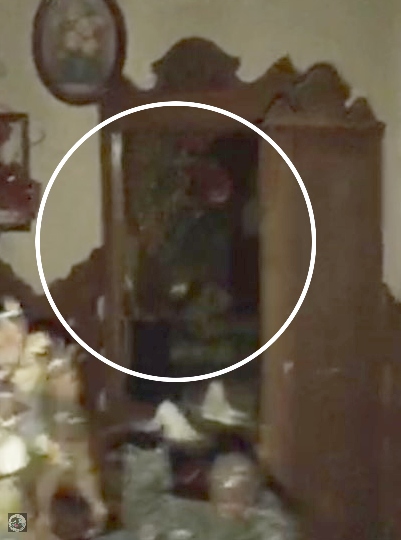 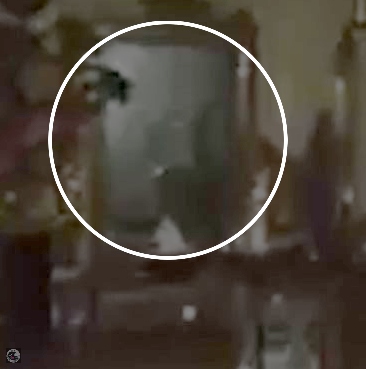 Our Conclusion Of The Investigation:

Again my attention was being drawn upstairs to Mom's bedroom and towards the cellar that is by the kitchen also the kitchen seemed to be holding a lot of energy now after being told that electrical appliances go on and off for no reason cupboard doors are open when he wakes up most mornings, after the spirits again telling me they are trapped in the cellar area and they need my help so the one thing we didn't do last time was somehow unblocking this cellar which we have spoken to the owner about doing, there is a few things that have raised since we last visited.

Poltergeist activity was now occurring that didn't before even full apparitions has been seen the owner says the house comes alive at night from taps to bangs to footsteps above his head with no one else in the house, and elemental is heard several times through the ovilus and the ghost box which was slightly spooky..

The spirit that came through asking me for a help was a male, he showed me flashed of how things looked at the time he was alive, and showed me that the house we was in was connected to the pub next door that is now a dockers clinic he showed me a fight that toke place in the cellar which lead him to loose his life down there and i think it was covered up.

Bit by bit we seem to be gathering pieces of the puzzle to be able to help this poor soul,

and will continue this investigation to help every one that involved with this property..

AN EVP RECORDED OF A SPIRIT ASKING FOR HELP:

PREVIOUS INVESTIGATION PLUS INTERVIEW WITH THE OWNER:

BEING RIDDEN BY THE NIGHTMARE